The holographic projection film with high light transmission (the viability of light) belongs among the clear materials. This kind of holographic film can be installed on a substrate to create a holographic projection screen preserving the transparency of surface. Therefore it is possible to implement it onto a shop window and not to blind it. Using an appropriate video content you can achieve catchy holographic effects. 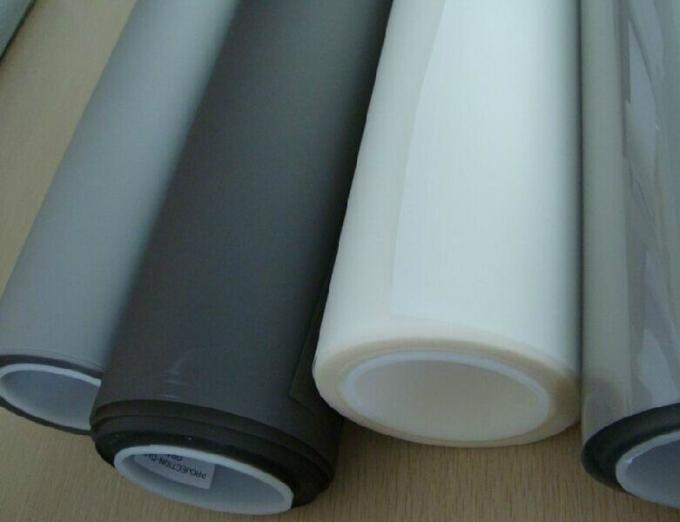 ▷ Made of PET film not PVC, no shrinkage with stable shape against sunlight or heat.

▷ Adopted removable adhesive for less bubble problem for applications other than glass. 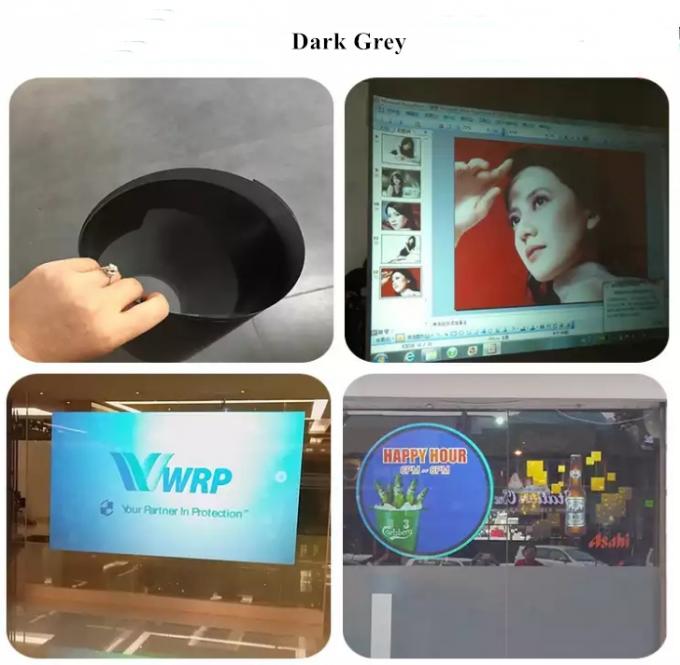 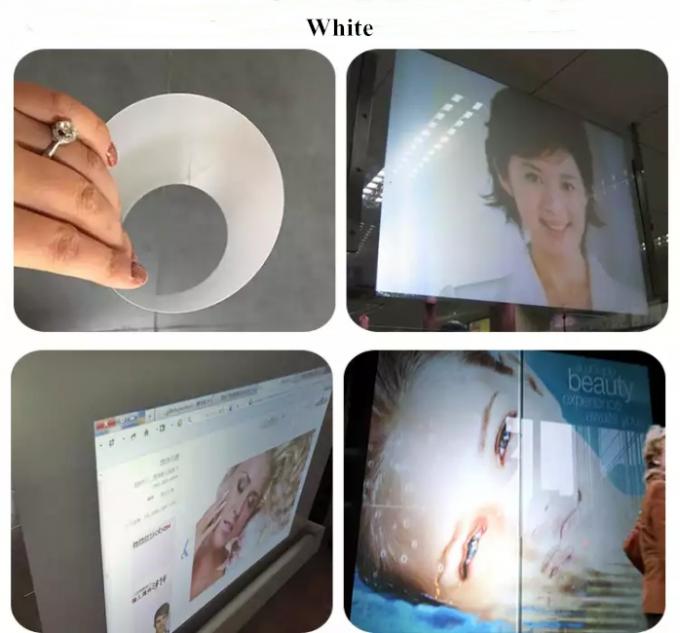 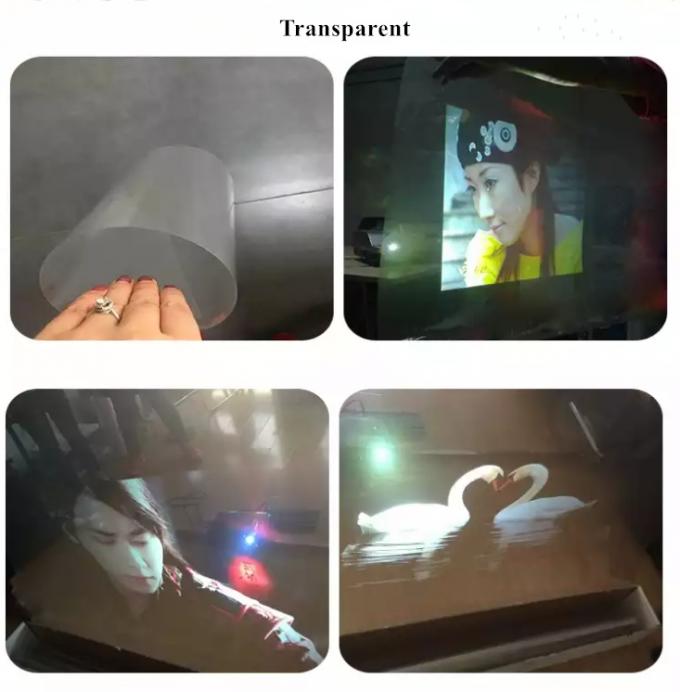 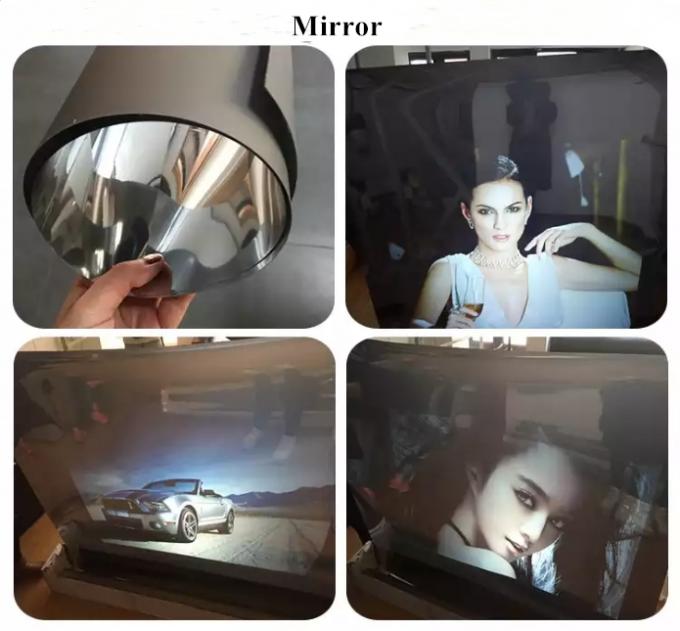 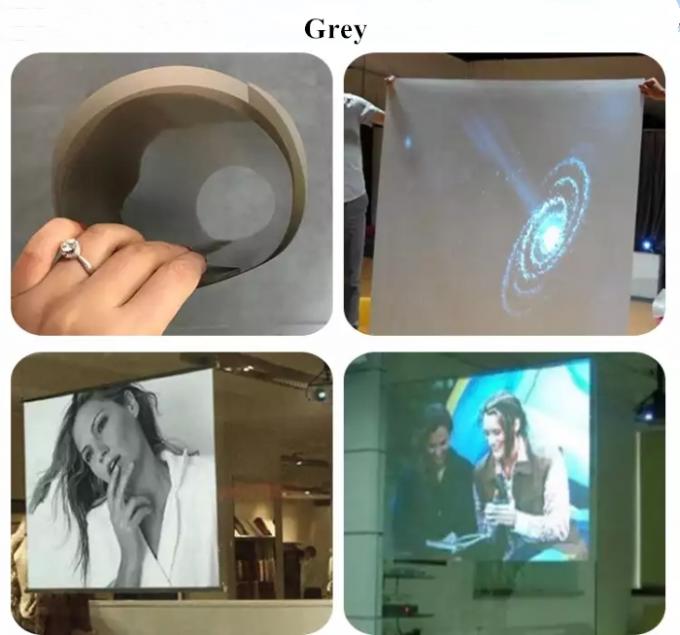 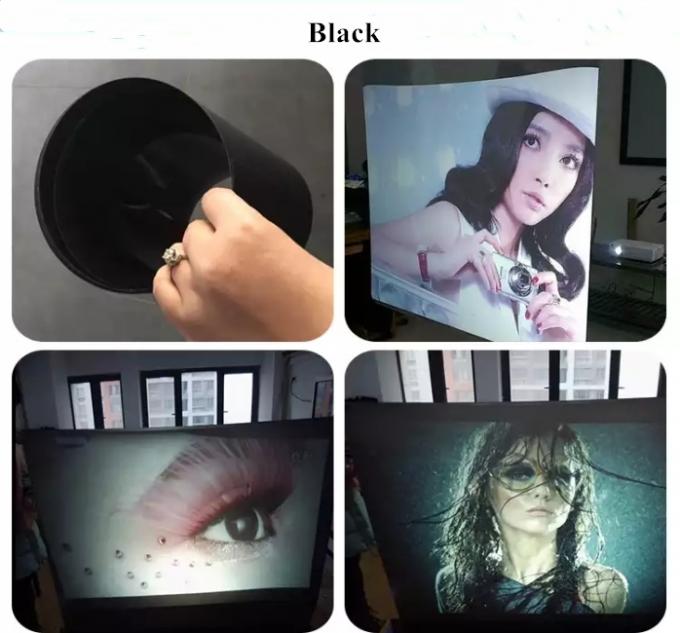 You stick the rear projection film like a car stick one film on glass. the first, you need to clear the glass with water, spray Sprite drink on glass again (we recommend use Sprite drink to stick the film and make better projection show.)
and the rear projection film has two layers.then you can remove the protected layer and stick film on glass and adjust the film position, then you can use rubber squeegee to squeegee the water from center to the edges and when you make sure there is no water between the glass and film.